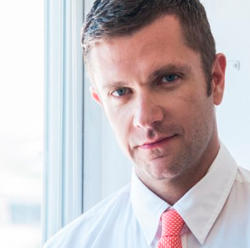 Modern Design Studios is a full service design and styling firm concentrating on Commercial, Corporate, Residential and Personal Styling. Founded in 2004 Modern Design Studios design philosophy starts with an affection for contemporary taste and a respect for chic yet simple lines. Continuously drawing on classic techniques for inspiration and updating them with modernistic twists to adapt to the ever changing trends in the industry..

After seeing wild success in the hospitality industry, Stan pursued his real passion. Style in all forms. A Graduate of Fashion Institute of Design owner Stan Borisov prides himself with an impressive list of premium clientele and has worked with some of the biggest names in the fashion, retail, and commercial design industries, including his work with Nicole Richie and Jessica Simpson on NBC's Fashion Star, Michael Venedicto and Sean John as well as widely recognized retail stores including Barney's New York, Target Corporation, Macy's Saks Fifth Avenue and Express. A member of the Costumers Union for motion Pictures Stan, has built a solid reputation with producers in Hollywood, design and style icons worldwide as well as in the commercial, corporate, residential and styling worlds, with his work also being recognized and published in Vogue Italia and Vogue Mexico.